I grew up in a family primarily made up of girls. When my cousins came over, they would play dress up with my mom’s clothes and shoes. Me, on the other hand, I would pretend I was Michael Jackson, singing and dancing my way around the basement! 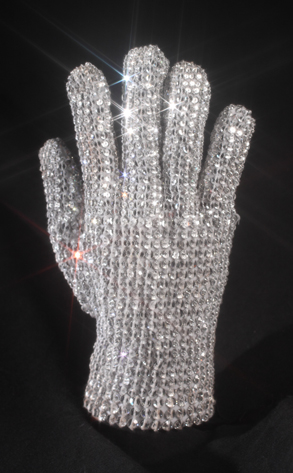 Now Michael Jackson was making loads of money back then compared to my Vovo (that’s grandmother in Portuguese), but there was one thing both Michael and my Vovo had in common: a famous glove!

One thing you have to love about grandparents, especially Portuguese ones, is that they are so generous when it comes to money. Birthdays, special occasions, or even the random visit to their house would result in a payout! My Vovo would always go into her room and less than a minute later come back out with money to hand out to the grandchildren. It was amazing. It was like she had an ATM in the closet or something.

Of course my cousins and I were always curious as to where this money was coming from. So one day I walked into the room with my Vovo. She opened a bureau drawer and pulled out a glove. She would reach into the glove and ka-ching, there was the money! Hmm, so it was a AGM I guess!

Ok so maybe it wasn’t Michael Jackson’s glove that I found after all. What I did find was that my grandparents had very little but always provided a lot and that is something we are all thankful for.